An Overview Of Servant Leadership

Servant leadership as a concept and a management style was first proposed in the 1970s by Robert Greenleaf, at that time an executive at AT&T. Greenleaf was disillusioned by the traditional leadership styles and was inspired by Herman Hesse’s Journey to the East. Hesse’s story is about a group’s journey, in which the central figure is a servant named Leo. Leo serves everyone in the group as a servant does, but when Leo disappears, the entire group falls in disarray. It is then that the group realizes that Leo was the true leader, leading them, keeping them together, and serving them to achieve their best as individuals and as a group, although he did nothing overtly that can be called leadership in the traditional way. According to Greenleaf, the servant-leader is first a servant by his or her innate nature, and then by deliberate choice becomes a leader.

Old Wine In A New Bottle?

So, is a leadership servant akin to country-club management, where the manager keeps people happy with an assumption that, if the people are happy, they get the desired results?

If we take another look at the ninth principle, commitment to the growth of people, alongside the first five—listening, empathy, healing, awareness, and persuasion—the former seems to be the objective or purpose of the latter five principles. Because the servant-leader is committed to the growth of his people, he follows the other principles that will show high levels of Goleman’s emotional intelligence, as well as “seek first to understand then to be understood” and “win-win” of Covey’s 7 Habits of Highly Effective People.

What are intriguing are the other principles of servant leadership, conceptualization and foresight. The ability to conceptualize or, in other words, bring disparate pieces of (their) world into a meaningful, holistic, and easy-to-understand entity that is not the quality of a country-club manager nor a produce-or-perish manager, or even a team manager. Foresight, the ability to “see into the future,” to use that rare intelligence of extrapolating one’s thoughts into the future based on a deep understanding of the present, wisdom of human behavior, and knowledge of winds of change, and to come up with a realistic and believable future world is invaluable for any organization. Now, these are qualities of visionary leaders that we see in a servant-leader.

Coming to the last two principles—stewardship and building a community are again proof that a servant-leader is neither a typical servant nor a typical leader. Stewardship is for him to “take care” of a valuable, be it an asset, a person, values, ethics, a company, a community, a country, or even the entire Earth without taking possession of it, without owning it, not even in his mind or heart. Building a community or any other entity larger than himself is a logical extension of being a faithful steward. These are profound and deep-seated qualities of a visionary leader.

What Makes A Servant-Leader?

I find it hard to believe that all servants can become servant-leaders, as that all leaders can become servant-leaders. The goals and aptitudes of servants and leaders are very different. If we look at some atypical but famous leaders in history—Washington, Gandhi, King, Mandela, Theresa—we clearly see servant leadership in action. Of course, for each one of these, there are literally thousands who are unknown and unsung all over the world.

So, what did they do? What’s their “modus operandi”? My own goes for understanding like this. A servant-leader starts with a strong belief or an ideal that is embedded in extreme passion. Usually, this ideal or belief is born out of a cataclysmic and traumatic experience. For him or her, realizing this ideal is their very purpose of life, their self-actualization. Every other need becomes subservient to the ideal. They do not seek money, power, recognition, material comfort, or any other wages for their labor. As a matter of fact, they are quite averse to them. They exhibit an extraordinary ability to conceptualize and foresee what is going to happen in the future and take massive action to move toward their ideal world. It is also seen that they endure unbelievable hardships, even to the point of death.

They act like true stewards of the community they are building or the ideal they are pursuing. All are great listeners, show deep empathy, and attract people to the healing touch of their words and deeds. They are also highly self-aware of their emotional, mental, and physical strengths and weaknesses, and have a deep understanding of human needs and behavior. Best of all, they are “salesmen” par excellence, influencing people through real-life examples and stupendous results, and sometimes even craftily by invoking passion and emotions.

If you think of any servant-leader that comes to your mind that fits into these attributes, you can quickly see that they do have a method in their madness. Servant-leaders are not ordinary men or women. They are a very rare breed of people who are an exquisite blend of a servant and a leader. The adulation servant-leaders have earned and are still earning from people even long after their demise and the monumental results they achieved that still stand attest to the effectiveness of servant leadership. 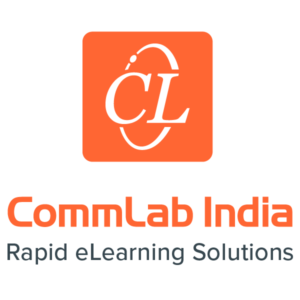 Working with multiple outsourcing vendors can be stressful, and a waste of time & money. With CommLab India Rapid eLearning Solutions, all your online training needs are taken care of, rapidly and economically.