Continued weakness in broad market price action this week. While the price setup in the S&P 500 still leans bullish with the bull flag setting up on the daily chart, some air is definitely being taken out of the vicious “wall of worry” rally.

Perhaps it’s par for the course at this point, but we’re seeing the small caps (Russell 2000) underperform big time. Not only did they fail to make new highs, but it’s suffered more than both the S&P and NASDAQ in the recent pullback. Something to keep in mind. 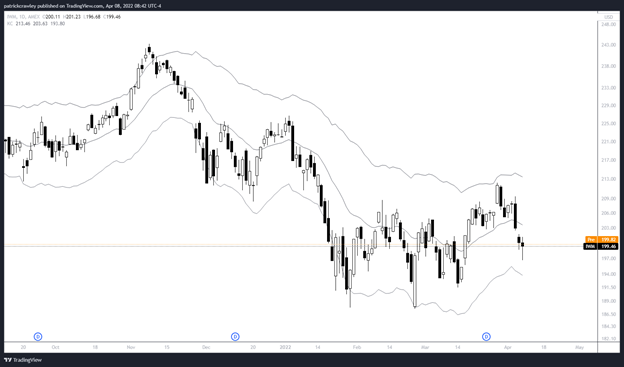 Crude oil, one of the biggest question marks in markets right now, continued its downward slope, holding below the $100 level, currently sitting at $97/barrel.

The price action in the previous rally practically screamed “blow-off top,” so some bearish price action and failed rallies were expected, however, it’s still holding up some semblance of a trend pattern. It’s within spitting distance of a crucial support level around the $94 level (the most recent swing low), so the price action around this level should be quite telling. 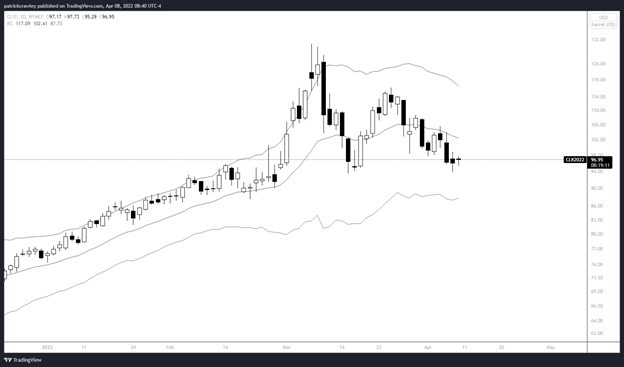 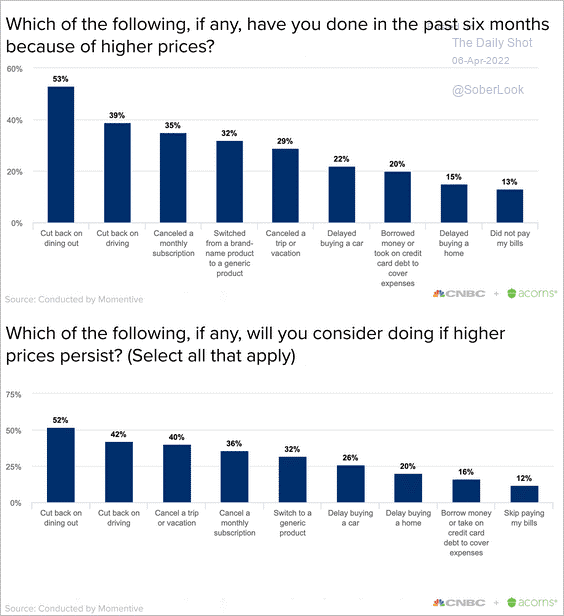 Restaurants are in trouble. I’m not much of a stock picker, but I think the non-differentiating generic casual restaurants like those in Darden Restaurants’ (DRI) portfolio will suffer disproportionately to those with more customer satisfaction and brand loyalty like Texas Roadhouse (TXRH) or Chipotle (CMG).

Another factor that stuck out to me is that 32% of consumers responded by saying they’ll buy generic store-brand products to combat inflation. This is a growing trend among consumers, especially the all-important demographic of millennials. Consumer packaged goods giants like Kraft Heinz (KHC) are surely considering this.

We’re all aware of Musk’s proclivity to get involved in extracurricular activities aside from Tesla, including running a brain augmentation company, a space exploration company, other ventures, and now, getting involved in one of the largest social media platforms.

So Elon bought exactly 9.2% of Twitter stock, according to SEC filings. The stock’s spike gave a bid to the entire broad market as a result. 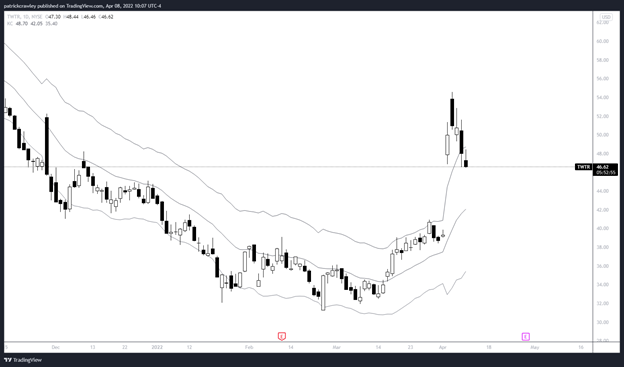 Musk disclosed his purchase through a Schedule 13G filing, which is meant for passive investors who take a backseat and don’t try to influence operations at the company. However, Musk can be mysterious and it’s not entirely clear that he intends to abide by that passive mandate. Bloomberg’s Matt Levine pointed out what looks like a potential activist investor behavior in one of his recent columns.

The meeting minutes for the most recent FOMC meeting were published on Wednesday, revealing that the Fed is going to start tapering at a rate of $95 billion per month, or $1.1 trillion a year starting in May of this year.

Liz Ann Sonders of Schwab charted the trajectory to 2024, which would reduce the Fed’s balance sheet to 23% of US GDP, from 37%. 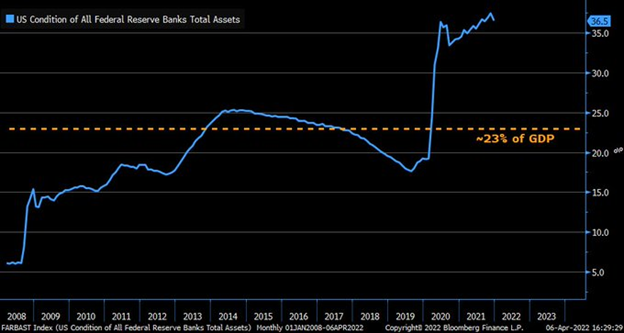 US House Passing Marijuana Bill Was a “Sell the News” Event

You might notice a pattern in retail-driven speculations, especially cannabis. They’re almost always “sell the news” events – in which an event is hyped up so much that significantly pushes the price of the stock up, only for it to sell off when the bullish news actually comes to fruition.

It happened back in October 2018 when Canada legalized weed, which was a massive catalyst for the sector, ultimately leading it to a multi-year bear market. 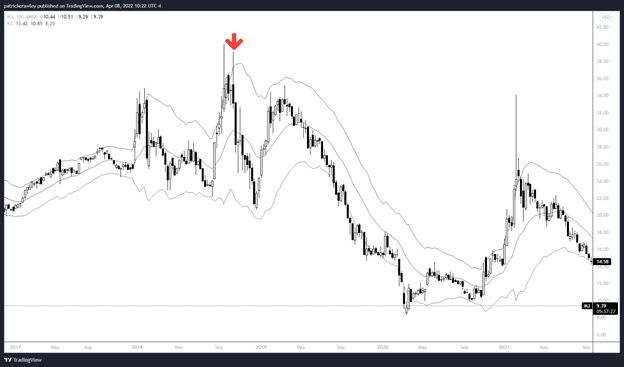 Unrelated, but this also happened in the Churchill Capital and Lucid Motors SPAC: 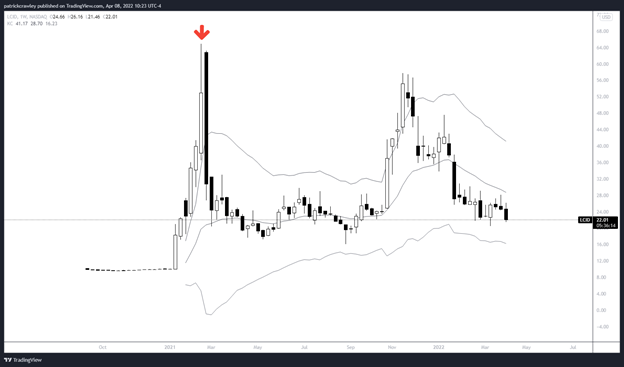 Q1 2022 earnings season kicks off next week, making this week pretty dry, save for several large financials and a few stocks in play reporting.

While in the large-caps, earnings mean everything, the same simply hasn’t been lately for the small-caps. Take a look at this chart of Russell 3000 constituent performance by EPS deciles:

Consensus S&P 500 EPS expectations have been, even given the increased inflation and rising geopolitical risks surrounding the Russia and Ukraine war. You should always be skeptical of “consensus” estimates, as the market will tell you what the real consensus is when the earnings come out and the price reacts.

However, it’s interesting how rapidly expectations started rising just as things are starting to look bad: 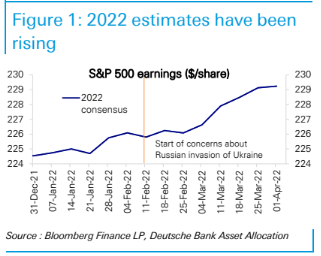 The most significant pieces of data from last week were easily the FOMC minutes, which revealed the Fed’s current plan for tapering their balance sheet starting in May at $95 billion per month. Then you have the ISM PMI, which came in at 58%, indicating a growth in economic activity.

The ISM report which accompanied the PMI number indicated the supply chain problems shoring up, but price pressures were still increasing.