This is the digital track trace and database system set up by the WEF in Sri Lanka!

A new system where your national ID needs to be tied in to an app in order to get permission to buy a little bit of gas!

Sri Lankans must now comply with the new Fuel Quota policies requiring them to use their National Identity Card Numbers to apply for an assigned QR code to access a gas pump.

The Sri Lankan government is employing the country’s armed guards to enforce the QR code requirement.

Sri Lankans will then be made to take turns to get fuel based on the last digit of their vehicle registration numbers. However, tourists and foreigners will be given priority to get fuel in Colombo (the largest city in Sri Lanka) — likely to avoid even more damage to Sri Lanka’s tourism industry.

Armed guards are reportedly assisting with implementing the QR code digital ID fuel rationing program. They were also previously equipped to gas stations and equipped with military-grade weapons to prevent those with “non-essential vehicles” from purchasing gas.

Army in fuel stations in Sri Lanka after the govt. decision to ban the sale of petrol and diesel to non-essential vehicles.
Source: https://t.co/ncfpTnnShm pic.twitter.com/JW77zalE17

The policy was introduced by Sri Lankan Minister of Power and Energy Kanchana Wijesekera.

QR system was introduced since the daily fuel demand cannot be fulfilled. Due to Forex issues, Fuel imports has to be restricted in the next 12 months.
CPC has never distributed Fuel daily to Every single Fuel Station. Practically Not Possible even when stocks are unlimited.

Media Statement From the Ministry of Power & Energy #NationalFuelPass pic.twitter.com/iu6g6Gwsbo

In May, Wickremesinghe warned the bankrupt country had run out of fuel and would face more hardships in the coming months.

“We have run out of petrol… At the moment, we only have petrol stocks for a single day,” he said.

The new Prime Minster than issued a series of statements on Twitter about notifying the country’s 21 million people to prepare for 15-hour-long power shortages and life to become “unpleasant and terrifying.”

1. The next couple of months will be the most difficult ones of our lives. I have no desire to hide the truth and to lie to the public. Although these facts are unpleasant and terrifying, this is the true situation. #SriLankaEconomicCrisis

“The next couple of months will be the most difficult ones of our lives. I have no desire to hide the truth and to lie to the public. Although these facts are unpleasant and terrifying, this is the true situation,” wrote Wickremesinghe.

6. Electricity:
• Problem: As quarter of electricity is generated through oil, there is a possibility that the power outages will increase to 15 hours a day. #EconomicCrisisLK

10. We will face considerable challenges and adversity. However, this will not be for long. In the coming months, our foreign allies will assist us. They have already pledged their support. #SriLankaCrisis

Sri Lankan president Wickremesinghe is a member and “Agenda Contributor” of the World Economic Forum.

In an 2016 article published by WEF titled, “The future of Sri Lanka’s economy,” Wickremesinghe outlined the role Sri Lanka would play in reducing global emissions and transitioning away from fossil fuels. “Sri Lanka’s cultural traditions are such that respect for the environment is embedded in the psyche of our people. This creates a groundswell of public opinion in favor of sustainable development. In the wake of the Paris Climate Conference, I would like to point out that Sri Lanka is committed to achieving 20% ​​renewable energy usage by 2030, over and above the current 35% of hydropower,” he wrote. “Environmental sustainability is central to the country’s development plans. At the same time, Sri Lanka is ready to be a constructive partner in global climate negotiations.”

Implementing a global digital identity system is a priority agenda of the WEF.

“Human-centric, digital identity lets people know who they are dealing with without revealing more than the strictly necessary information. Digital identities give the user control of their data – they provide clear audit trails and streamline how businesses and governments allow people to register and access their services and trade,” the WEF states in Davos Agenda 2021: How the digital identity can improves lives in a post-COVID-19 world.

Human-centric digital identities have “great potential for online education, issuing employment credentials, fighting fraud or proving one’s health status. Digital identity was often confined to the technology community or banking’s Know Your Customer checks and to combat money laundering,” the WEF continues. “A healthy digital identity network widens civic participation and supports societal advancement, a case in point would be the Estonian digital identity approach, which allows the nation’s public and private sector e-service information systems to link up and function in harmony.” 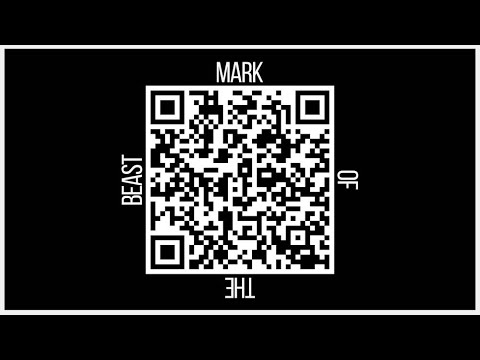 On July 22, the House Committee on Oversight and Reform voted to advance the “Improving Digital Identity Act”, a bill introduced Rep. Bill Foster, D.-Ill. to modernize digital identity infrastructure. The legislation would be allocated funding to the Department of Homeland Security to develop credentialing systems for digital identity verification on the state and local level.

Sen. Krysten Sinema, D-Ariz., along with Cynthia Lummis, R-Wyo, introduced a companion bill in the Senate on July 13.

Introduction to the National Fuel Pass will be held @ 12.30pm. A guaranteed weekly fuel quota will be assigned. 1 Vehicle 1 NIC, QR code assigned per once Vehicle Chassis number & details verified. 2 days of the week according to the Last Digit of number plate for fueling with QR. https://t.co/hLMI9Nm5ZF